Woah, 2017. A year until now reserved for use in the title of speculative fiction novels and use-by dates but here we are. I think my credit card is going to expire. Doesn’t it feel a bit like when cartoons wander outside their squares, or when the Simpsons went 3D? There are no maps for these territories or something like that. I hesitate to say I’m enjoying it, but like any ride, at least we’re going somewhere. Is that better than staying still? I’m not sure. That escalated quickly #drivel … Bowling Shane!

CAR WHEELS ON A DRIVEL ROAD
Lots to tell you about, not much time, not much time. Barely enough time to play Overwatch today, let alone write an entertaining witty newsletter with bulk hyperlinks and stuff and to add to my misfortunes my internet keeps dropping out. The inhumanity! So as you’ll find out soon I moved all the dates over there to the left so I can keep room for posters. But first cab off the rank is me at Pinnacle in Fitzroy this Saturday. I don’t really have a poster but I made this 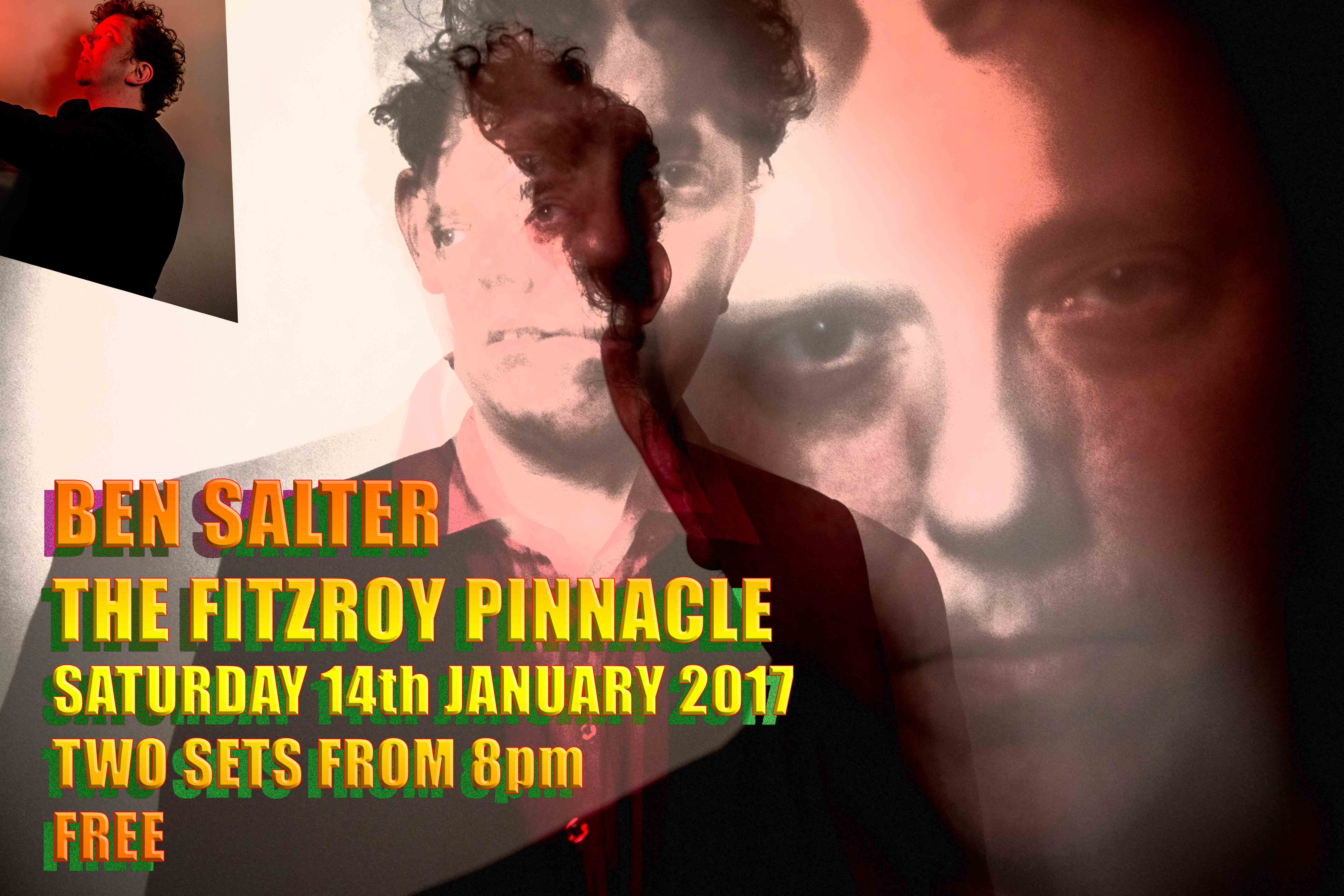 …and I think we can all agree it’s pretty bloody good.

Look if only you knew, dear bleeders, what I go through making this stupid newsletter, the amount of time I waste reformatting.. up until this afternoon it was a simple one column affair. But then I decided I’d put the side bar over there on the left with all the dates which will probably just come up first on your mobile displays and so it will all have been in vain anyway. I hope some people are reading this on their DESKTOPS or LAPTOPS or even TABLET DEVICES. Cause that’s what it’s optimised for. Optimistically. Cause only about 20% of the people on my mailing list even open these. I know, cause they’re tracked. Sinister, that. Anyway over to you Shane. Areas Shane.

Enero is just chockers, we’re already nearly a third of the way through it and I still have another twelve shows to do this month. TWELVE MORE SHOWS. I need to stop shouting actually, I have realised recently that it’s not singing that wrecks my voice, it’s the endless shouting at people after gigs that does it. I don’t have an inside voice. Anyway check out this little lot, lovely jubbly, cor blimey. Once again I have just thrown all the bands into the mix, it seems somewhat pointless to separate them. If you’d like a much more eloquent examination of/enquiry into the partitioning of lives I suggest you read The Golden Notebook by Doris Lessing. Read it years ago. Just thought of it then. In university. At university? Maybe in Townsville. James Cook. Magnetic Island. GBRMPA pronounced gah BRUM pah. Moreton Bay Figs. The big locomotive engine and the pool, North Ward. Tobruk Pool. The Seaview. The Bank. Shots of black Sambuca in test tubes. For free. Gravel Samwidge.

The band some people are talking about, Hownowmer, are taking up the Sunday Tote Front Bar January challenge. They have a sickening line up of stunning adventurers lined up for your kicks so think about not missing out, get involved, from 5pm every remaining Sunday in January. Taken straight from the Facebook event. Hey we’re also going to Japan in April! Know anyone in Japan? Get in touch at ben@bensalter.com.au and tell us what they’re into.
15th w/UTE ROOT n Deep Scene, 22nd w/ Local Coward, Leon & The Freedom Cage & Shit Narnia from WA, 29th w/ Thug Mills and Mod Vigil 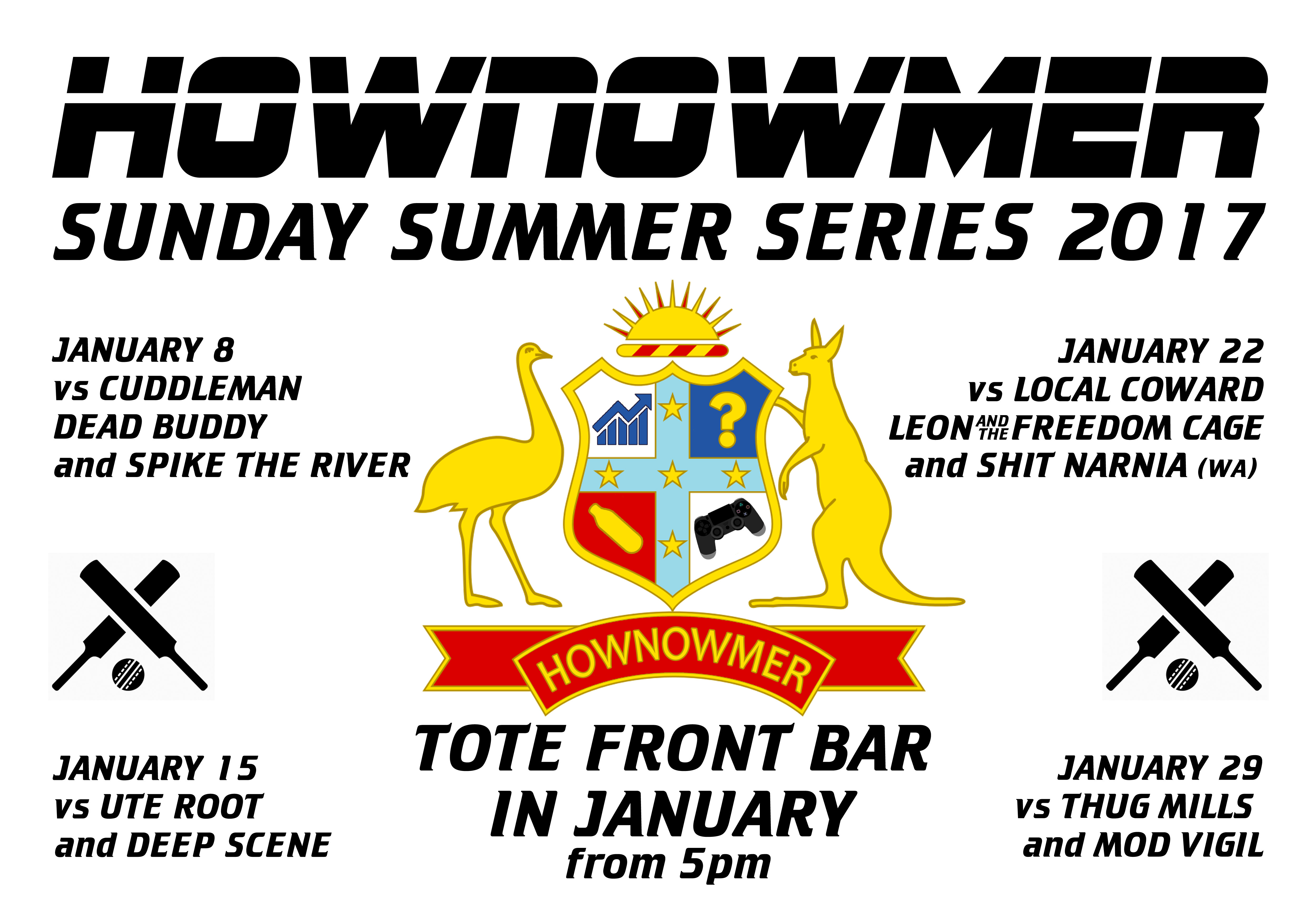 HWNWMR KT ALXNDR N I
Amazing Melbourne songwriter and singer and guitar player and all round bad egg Kate Alexander is coming on a road trip with myself and Hownowmer to Sydney. Her n I will play at the Golden Barley Hotel in Enmore on Thursday the 19th of January, and then she’s gonna open for Hownowmer at THIS: 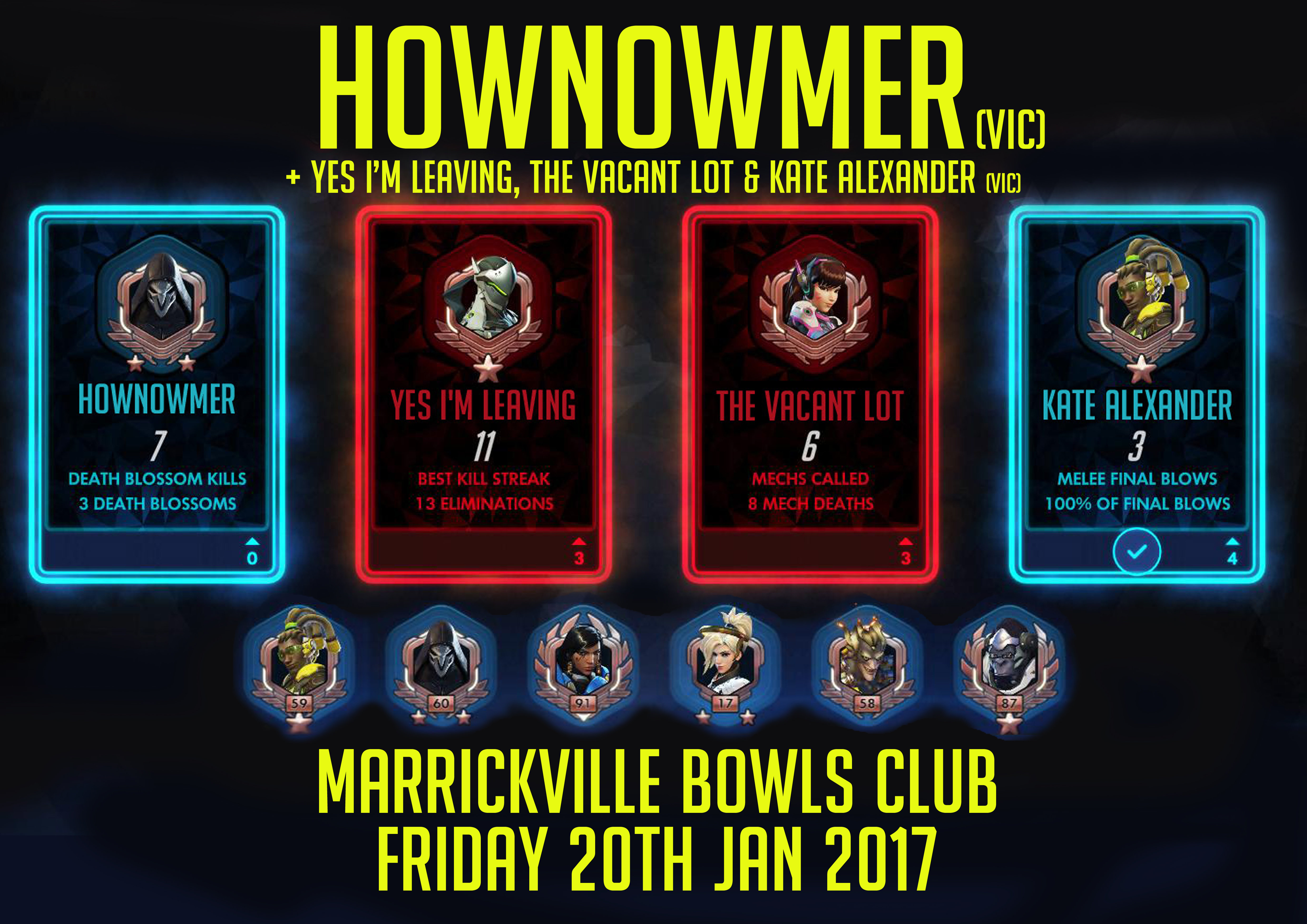 THE END OF THE EARTH

My on-again on-again love affair with the proud nation of and people in Taswegia burgeons still.. I’m going back down come the end of this month to do more work on my third album, Back Yourself, (which is sounding spectacular and is going to win me the plaudits, accolades, recognition, status, aftershave, first-class plane tickets, festival berths and entitlements I am so fabulously deserving of) and also play at The End Of The Earth festival over on the West Coast, at Lake Pedder. I can’t wait. GET TICKETS NOW! 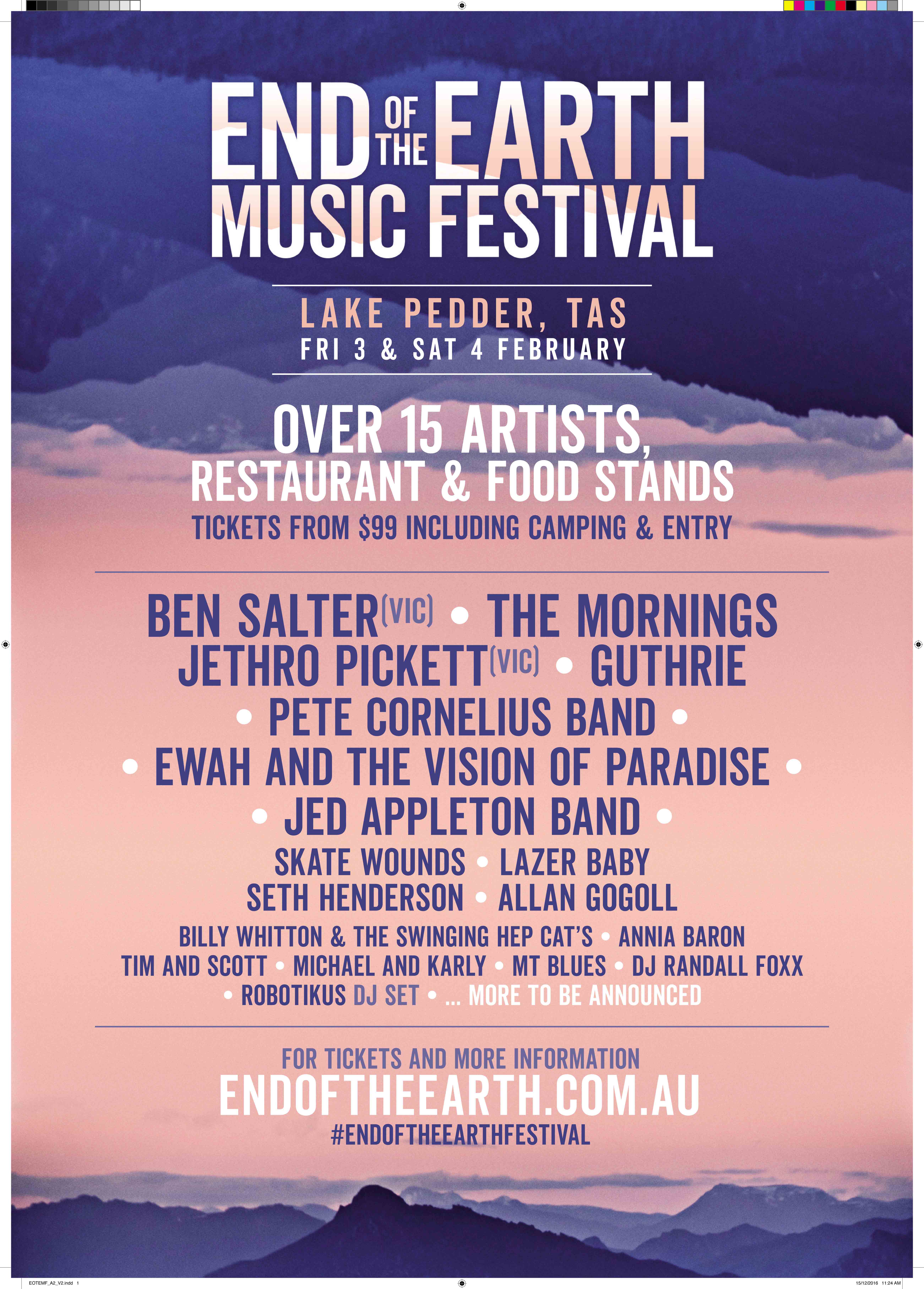 AOTEAROA 2017
I’m going back to New Zealand in February as well. You should go too, it’s good for your soul. Playing some new places and some strange shows including opening for gloomy UK rock outfit The Veils in Queenstown and performing with Robert Scott from The Bats and The Clean among others on Waitangi Day in Dunedin. Also playing an interesting looking house sort of concert thing in Rotorua and I’m doing a show at the Wine Cellar in Auckland, along with a performance in Aotea Square for the summer performance series they’re having there. Marvellous stuff. Please send all your kiwi bros to the shows. 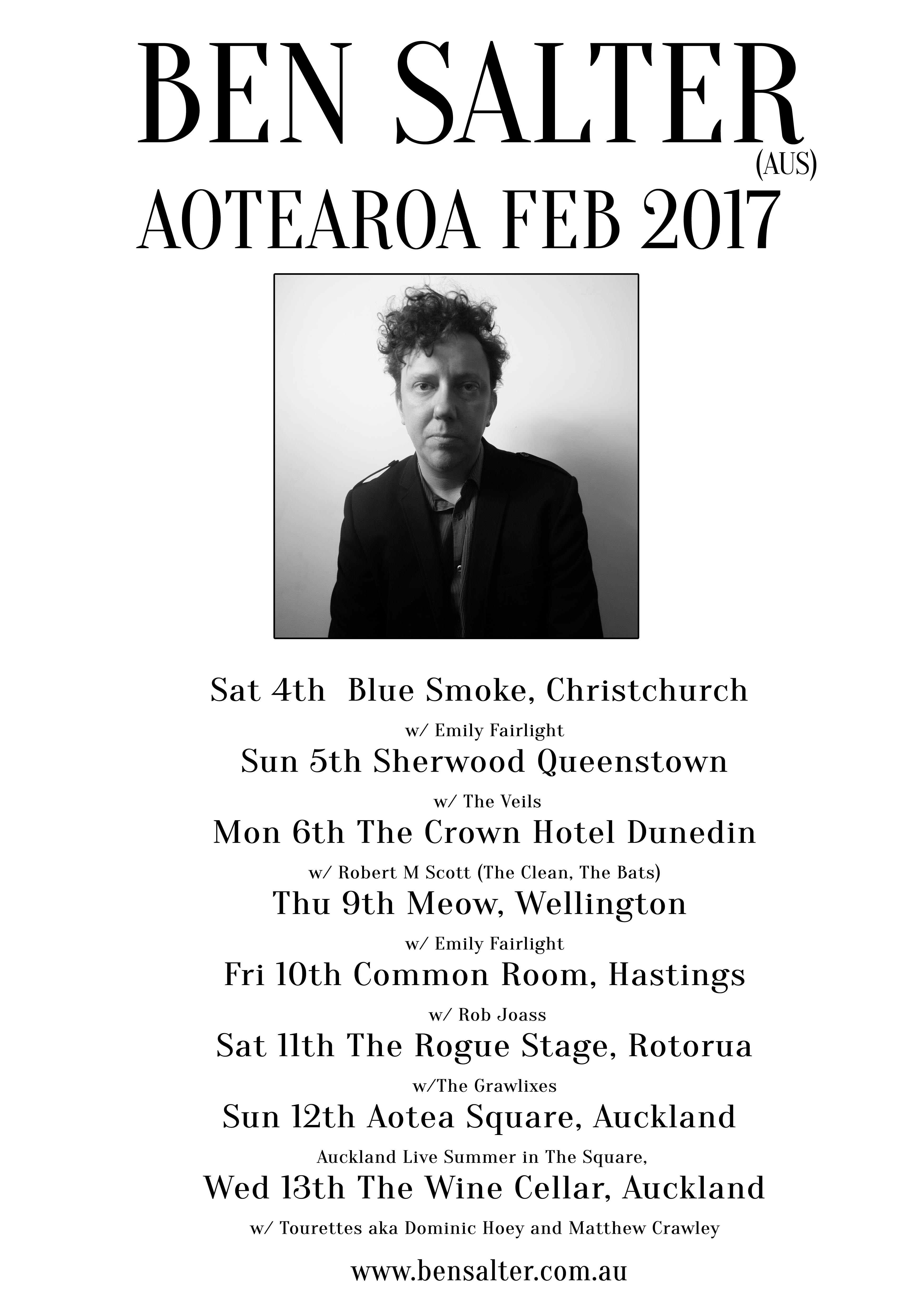 I’m sadly out of Shane Warne GIFs.. thanks Nick Kerton for supplying this great range. So I guess I should probably wrap up the newsletter. I don’t feel like it was my best effort, I just haven’t been that focussed. That’s January for you I suppose. Be good to yourselves and to each other, stay in touch. Let me know about house shows. Got lots coming up in February and March and April including some residencies.. they’re all over there on the left. I think I’m spent. XXXX