Can I Sleep On Your Couch Part åöë: Stumbling Towards The Finnish Line 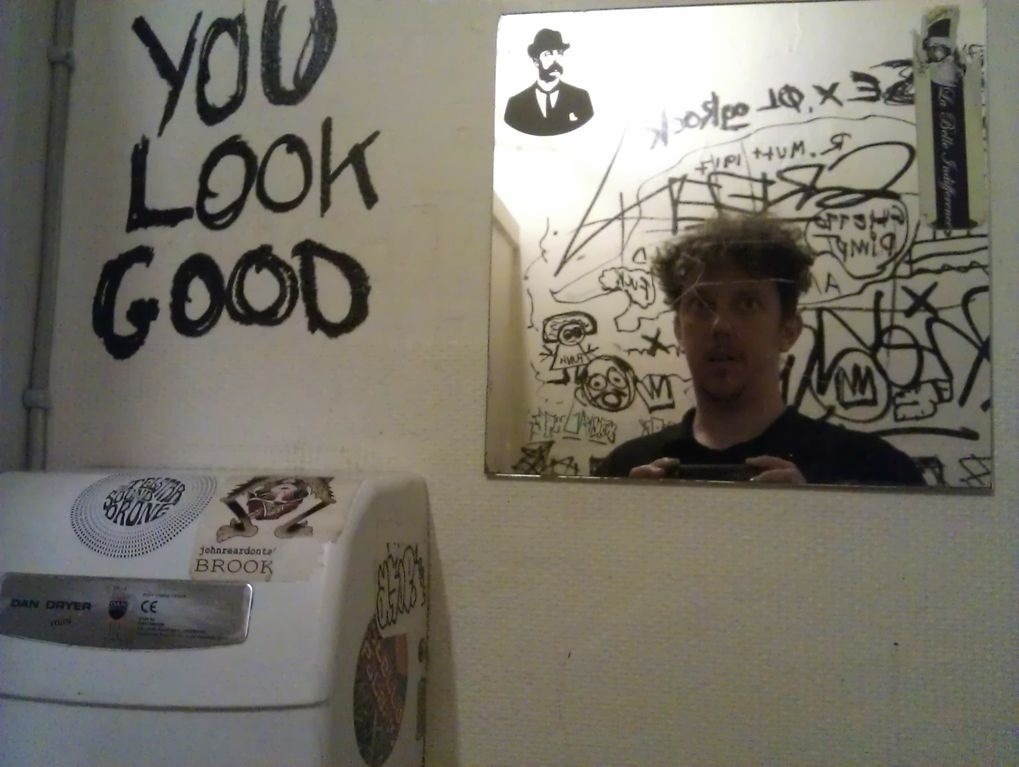 Q: Has it been a month already?

A:Yes Ben it has.

The end of the Berlin trip was great. A bunch of us ex pats – me, Richard Cuthbert, Paul Donoghue, Justin Cusack, Josef Muller, Sam Wareing and special guest James Cruickshank – did two days recording and the results are pretty good I think. We might release it under the name “The Green Dress Society”.. There was a poems stuck to the wall where I was staying with Justin called “The Green Dress”.. It was quite grim. Our society, on the other hand, was anything but. Jazz at breakfast and no bad vibes. 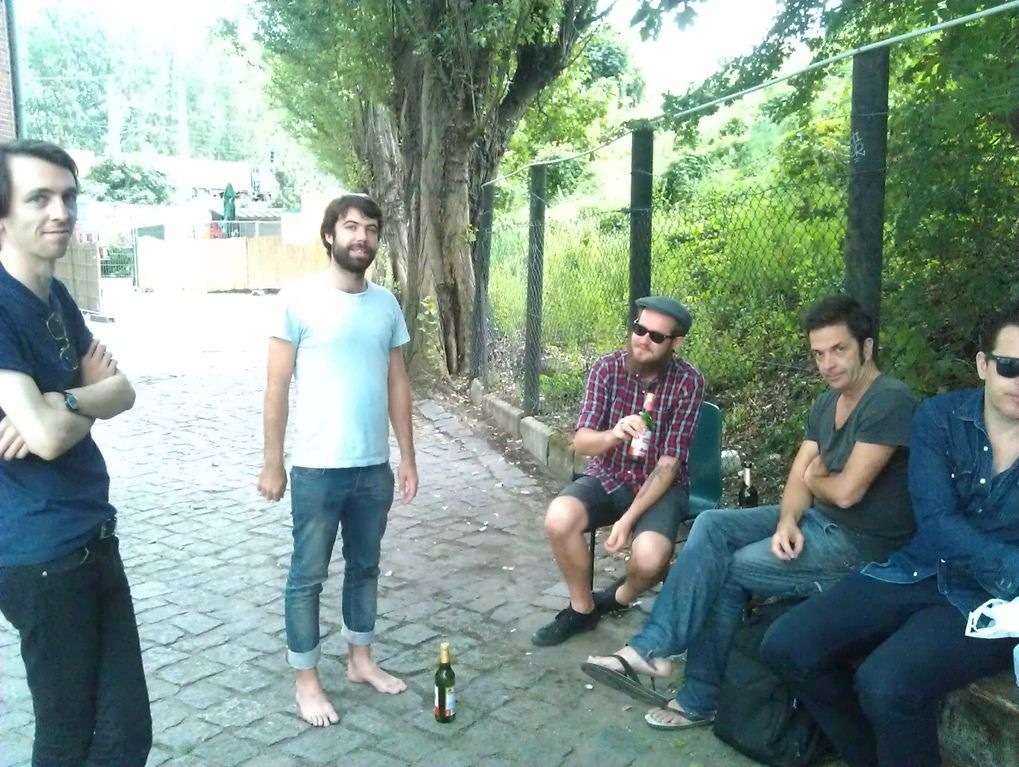 After that I headed off for more of my little mini tour with Aage Hedensted aka Mixtune For Cully, a singer/songwriter from Aarhus in Denmark. Did I speak about Aage already? We played in Leipzig together, then back to Berlin, then I went to Stuttgart, then we met again in beautiful Metz, just over the border in France. 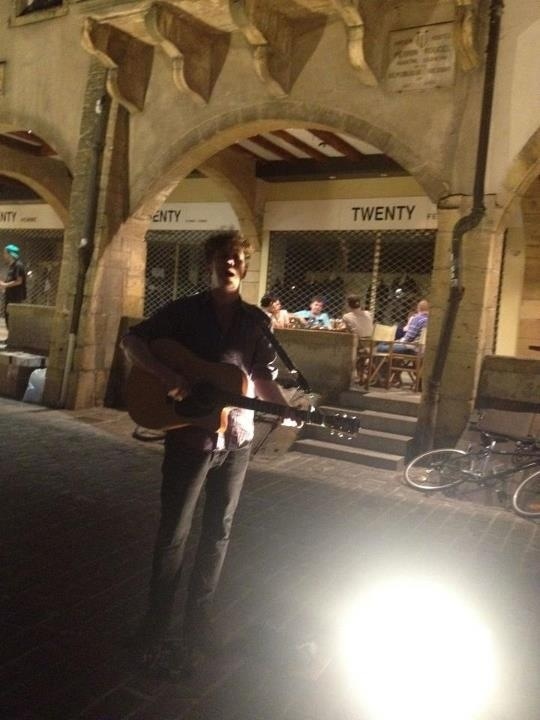 Then on to Duisburg.. Fans of the English comedy series “League of Gentlemen” will be familiar with Duisburg.. Then up to Stockholm ON THE NIGHT TRAIN BOTTOMS UP with a six hour layover in Berlin to see my buddies at the Green Dress Society one last time. Phew. The stretch between Metz and Duisburg was really beautiful, taking in Bonn and Dusseldorf and Cologne. The train goes along the river and the weather was really nice.. The weather has been alarmingly nice the whole time I have been away,with the possible exception of a few days in England and Brittany.. It is meant to rain all the time in Brittany, though. Just read Asterix and The Normans if you don’t believe me.

So I’m presently en route to Oslo from Stockholm via Karlstad. Have just finished a week in Stockholm hanging out in leafy stately serene Tullinge which is pronounced TULL ING GA which sounds like TARINGA which fills me with contentment.. Quite a lot about Stockholm and Sweden has and does fill me with contentment, not least the presence of Mr. Ola Buvall Karlsson my bosom buddy and band mate of some nine years standing. Arrived on Saturday with Aage and headed straight for that night’s venue, Southside Tavern in Södermalm, an Irish pub staffed by heaps of Australians and some smatterings of other ethnicities and nationalities. I have stopped even doing the whole “Oh from Australia are you what part etc etc” thing now – it’s become clear we’ve spread to all corners of the world like a cheerful disease. So it’s sort of embarrassing to draw attention to it. You just go about your day. Was so great to see Ola and to finally meet Eric Lindstrom.. their band El Madrigal is fantastic and I do hope they can come to Australia at some stage. Much dancing and revelry ensued and I finally got to meet Ola’s brother Lars which was delightful. Plus his Mum was there. They’re all excellent.

The next night was also in Stockholm at the beautiful Teater Lederman, with Ola’s other band The Moving Sounds who are a beat combo. I got up and sang “Have Love, Will Travel” with them which was awesome. The whole show was awesome – they had a grand piano so Ola accompanied me for most of my set which was a lovely change. 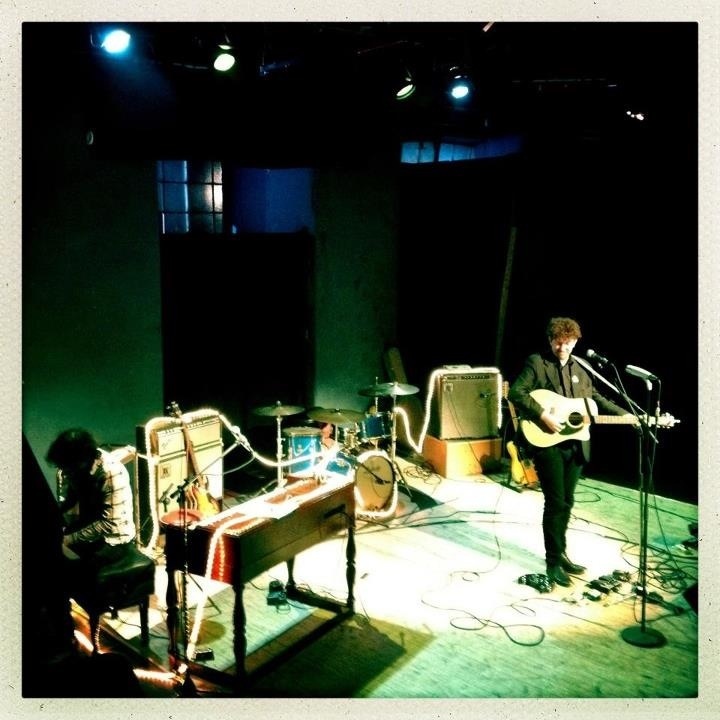 Ola and I, Teater Lederman

We sped off after the show to try and catch Memphis garage soul champions Reigning Sound at the famous Revolver nightclub, which is right in the middle of town. Unfortunately that night was their tenth birthday or something and the place was absolutely packed with beautiful Stockholm hipsters. I am not sure how many in the queue wanted to see Reigning Sound or just wanted to be seen but after a half an hour in it – the queue – the Reigning Sound had already started and we were still a half hour away from the front and so that’s why we consulted the I Ching and left. No bother. These are not real problems.

The next day we road tripped the six hours to Gothenburg, home of lots of great death metal bands and possibly the only town in the world to my knowledge that has a comedic tradition/heritage, specifically that of PUNNING REGULARLY. 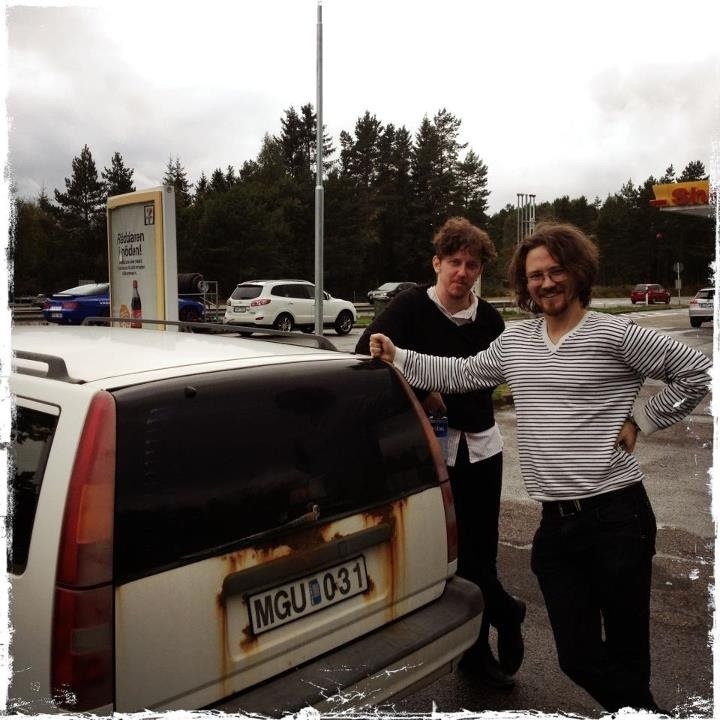 Ola told me about this on the drive and I sort of thought he was lying or something. However within five minutes of meeting our first local the first one dropped. He was the sound guy and he was actually Finnish and he said something like “Oh but I won’t be around for the Finnish”, and then smiled sheepishly and stared at his feet before commenting “.. I have been in Gothenburg too long.” No sooner had the dastardly pun left his lips than Ola’s head snapped around toward me and he said “See?! See!?” ..I couldn’t believe it. Ola is quite fond of a pun himself but he’s not from Gothenburg. Where does that leave us?

Anyway, yeah, all the locals backed up the story. I told my best pun joke:

Q:What happened when the frog’s car broke down?

A:It was toad away.

Anyway the crowd at Vansinnet (trans: The Insanity) was small but enthusiastic and the gig was great fun, and afterwards we all went out drinking together till the wee hours and there was a great cross cultural exchange of ideas between Australians, Danish, Swedish and Belgians. Yep. I’ve been to Europe m8.

So the past week has been spent lazing around Ola’s place, recording songs, making food. Ola and I went on a date on Thursday night, to the season premiere of the Stockholm Symphony Orchestra. It was great. Although, in an effort to increase my concentration, I drank two coffees before we went in. I never drink coffee as it gives me anxiety. So you can imagine how well that turned out. I was still a bit jittery by the time the finale, Mahler’s Fifth, came around. It goes for seventy minutes. I think I managed to concentrate for about thirty or forty percent of it, so that’s not too bad. It is a struggle when you’ve been bought up on three or four minutes at a time! Our recording also went really well.. I have ended up with six songs so I’m pretty pleased with that. A lot of strange time signatures, for some reason. Neither Ola or I are drummers, really, but we can get by, he more so than I. But it was still a bit of a challenge. Still, I think my two hours of five four Talk Talk rip off drum patterns made me a better person. 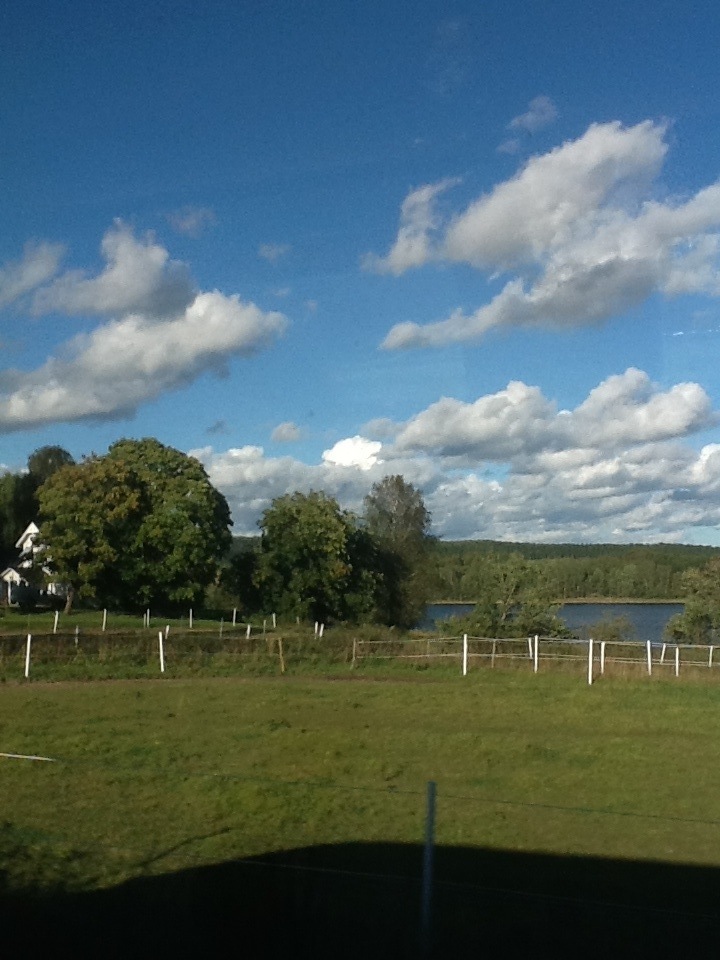 Anyway we are approaching Oslo. Outside the sun is shining and it all looks a bit like central Victoria, funnily enough. It’s not though. I must go. Only two weeks left of my trip! As soon as I get back I embark on a tour with Something For Kate which is very exciting. A few others things in the works as well. Stumbling towards the finish line, but I remain grateful and very happy. And perhaps most importantly, productive!

Thanks for reading and please stay in touch.

Can I Sleep On Your Couch Part Rome Madrid Paris Berlin: Dog Towns, all.