APRIL IS THE CRUELEST MONTH

Before we begin, I’d like you to watch this video:

How good is it? How incredible is Jeff’s hair? I also really like the band formation, with the drummer up the front. The song comes from this album, which I listened to the other day. It’s not very good. At least, not as good as this song. Cool story, I think you’ll agree. 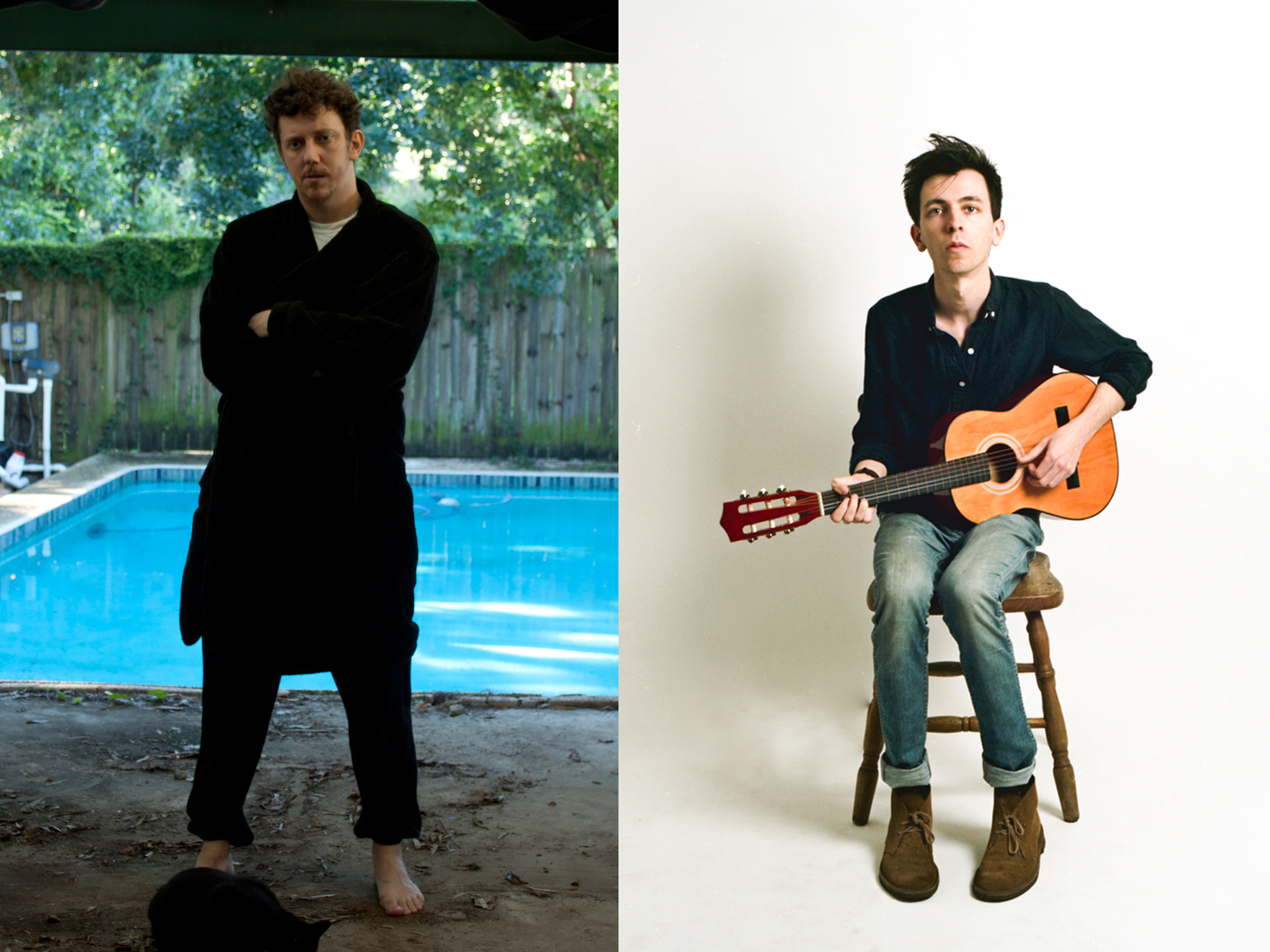 Alright now that everyone is relaxing comfortably, I’d like to draw your attention to a gig coming up in two weeks in Brisbane. Myself and my good friend Paul Donoghue aka Big Strong Brute will be appearing at The Hideaway on Anzac Day.. night. Which is Friday the 25th of April. Regular readers of this column will be aware that Paul and I did some shows and wrote some songs together when I was overseas a few years ago. So we thought it was high time we did something together over here. We’re gonna play individual sets but there will probably be a bit of collaboration as well. Joining us will be my very good friend Ben Lawless from Tasmania. Here’s a photo of Ben: 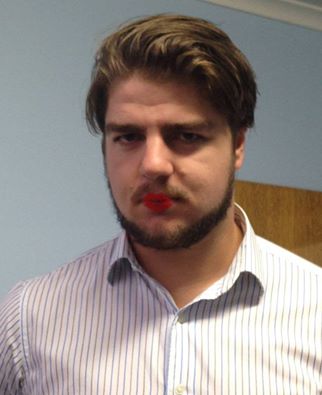 MEPHISTOPHELEAN RAG
Ben plays in a bunch of different bands including his gypsy/jazz/kitchen sink Lawless Quartet and technical metal outfit Mephistopheles. Solo, he’ll just howl and break your heart and play ninth chords.
Anyway, tickets to the show are $15 incl. booking fee from here.. The Hideaway is a cosy place up near the corner of Brunswick St and St. Paul’s Tce and it could sell out so grab some tickets if you’re anxious.

YARRAN IDIOT
I am playing every Thursday night in April at The Yarra, on Johnston St in Abbotsford. Usually around 8.30pm but give em a ring if you have any queries. It’s a pub that Mick Thomas and a few others have renovated, down on the other side of Hoddle St. near Victoria Park station. It’s one of my favourite pubs in Melbourne – unpretentious, cosy, great beer, excellent menu and the fireplace.. oh the fireplace.

YOU MAKE ME WANT TO CRY
Here’s a good story. In 2012 when I was overseas I was asked to participate in a project called Whole World Band. Whole World Band (or WWB for short) is the brainchild of Kevin Godley. You might remember Kevin from such bands as 10CC and Godley & Creme. 10CC released this song, which is one of the best songs:

COLLABORATE WITH ME
ANYWAY WWB is a bit hard to explain – maybe watch this video featuring the great man himself –  but basically it’s a worldwide online collaboration app/project. A bunch of artists record a BIT of a song (in my case an chord progression and a chorus vocal) – both audio and video – and then people can add to it. (You can use iPhone or iPad at this stage, I don’t think Android is supported yet) You can then drag different people’s contributions into the app to create different audiovisual “mixes” of the song. Below is the seed that I recorded last year at Wild At Heart, a bar in Berlin, with the help of my good friend Justin Cusack who can be seen dancing in the background. The song is called “Apology”.

LET’S MAKE SWEET MUSIC TOGETHER
Anyway, I’d love some people to add to it and in doing so collaborate with me. Download the app, grab my video and get cracking! Hopefully I’ll have some results to share next newsletter. It does cost money.. but not much. And it’s a great idea. Also, 10CC.

REVOLUTION
Time for another filmclip break. Check this one out:

HOUSE MUSIC II
The response to my call out for House Music Tour II was great and so it looks like July and August are sewn up (although I do need somewhere in Melbourne on Friday 18th or Sunday 20th July!) However I’m thinking of just making it a semi-regular sort of thing, or at least I am happy to do them whenever scheduling will allow. They’re a real blast. So if you have an event or something coming up or you just fancy getting me to come and play for the hell of it, let me know. I don’t have many happy songs but I can tell jokes. Here’s a photo from my last one, at Hall’s Gap. 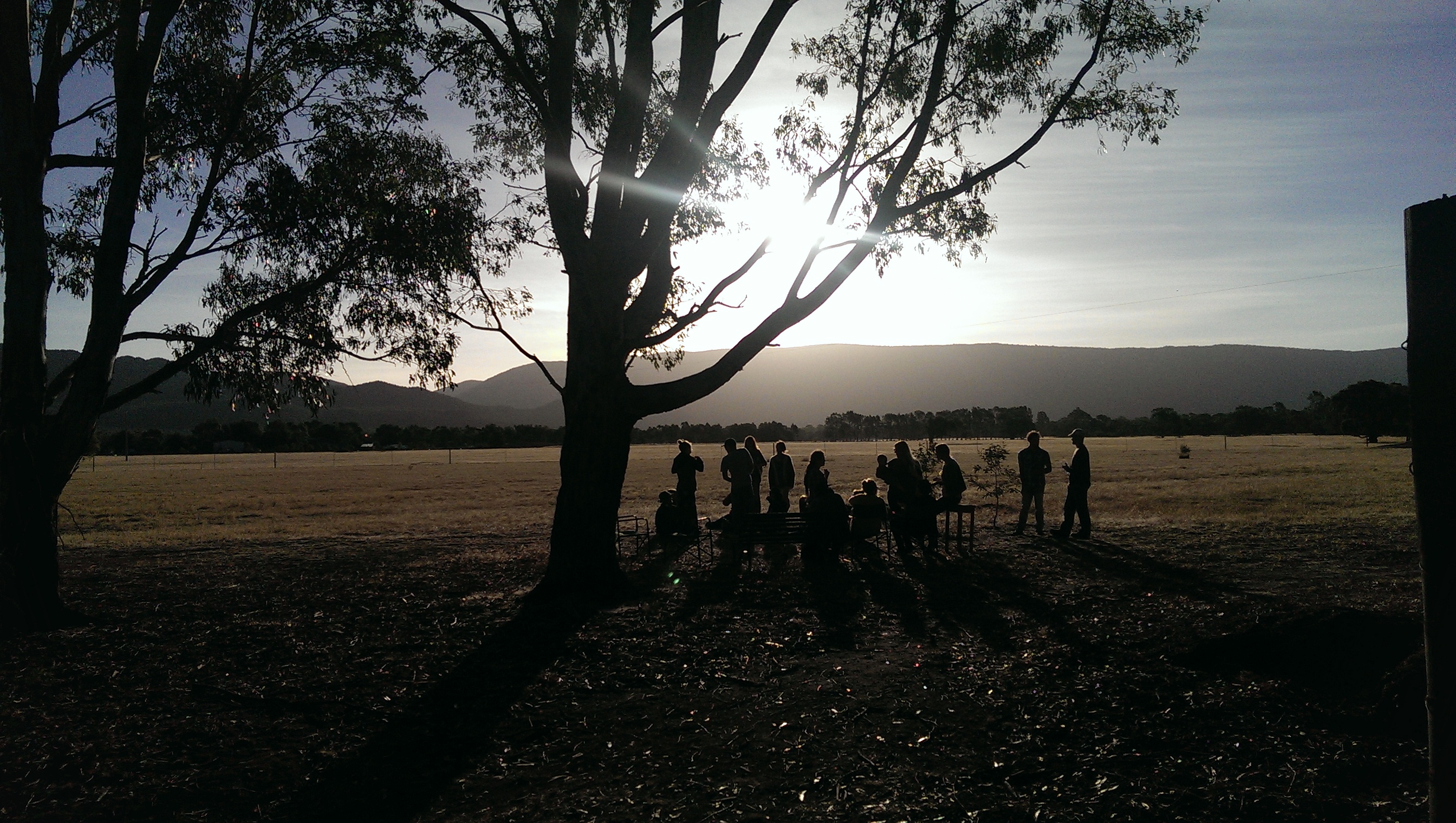 As I mentioned, Melbourne – I am looking for one on Friday the 18th of July or Sunday the 20th of July. Get in touch if you want details! ben@bensalter.com.au

WHY DON’T YOU LIKE ME?
So you may have heard that I got another grant, this time to record my second full length album. I’m absolutely thrilled, to say the least, although I’m also panicking a little as my songwriting technique at the moment involves playing Playstation and imagining writing songs. But it’ll be okay. I’m a professional. Thanks so much to Ant McKenna for helping me get it, and to Australia Council for the Arts and the PPCA for granting it to me! I won’t let you down. Any of you. Current plan is to go and record it up at the farm in winter with a bunch of the usual suspects, and maybe some new ring ins.. we’ll see anyway. Exciting!

STATUE BRO
Pretty excited to announce that I’m going on a two and a bit week tour to NZ in May with my good friend Dominic Hoey aka Tourettes. Regular readers of this newsletter/website might remember that I met Dominic in Iceland in 2012 and we collaborated and climbed a mountain together. Now we’re going to do a tour. Whilst Dominic is known primarily for his mad rapping skillz, he’s also been a drummer and now a novelist and spoken word poet. It is in this latter capacity that he will be joining me for a mad dash across the two islands. I am really excited. If you know anyone in NZ, please tell them to get along! Dates over there on the right. Here’s Dominic and I at the 2012 4th of July celebrations at the American Embassy in Reykjavik. *ahem* 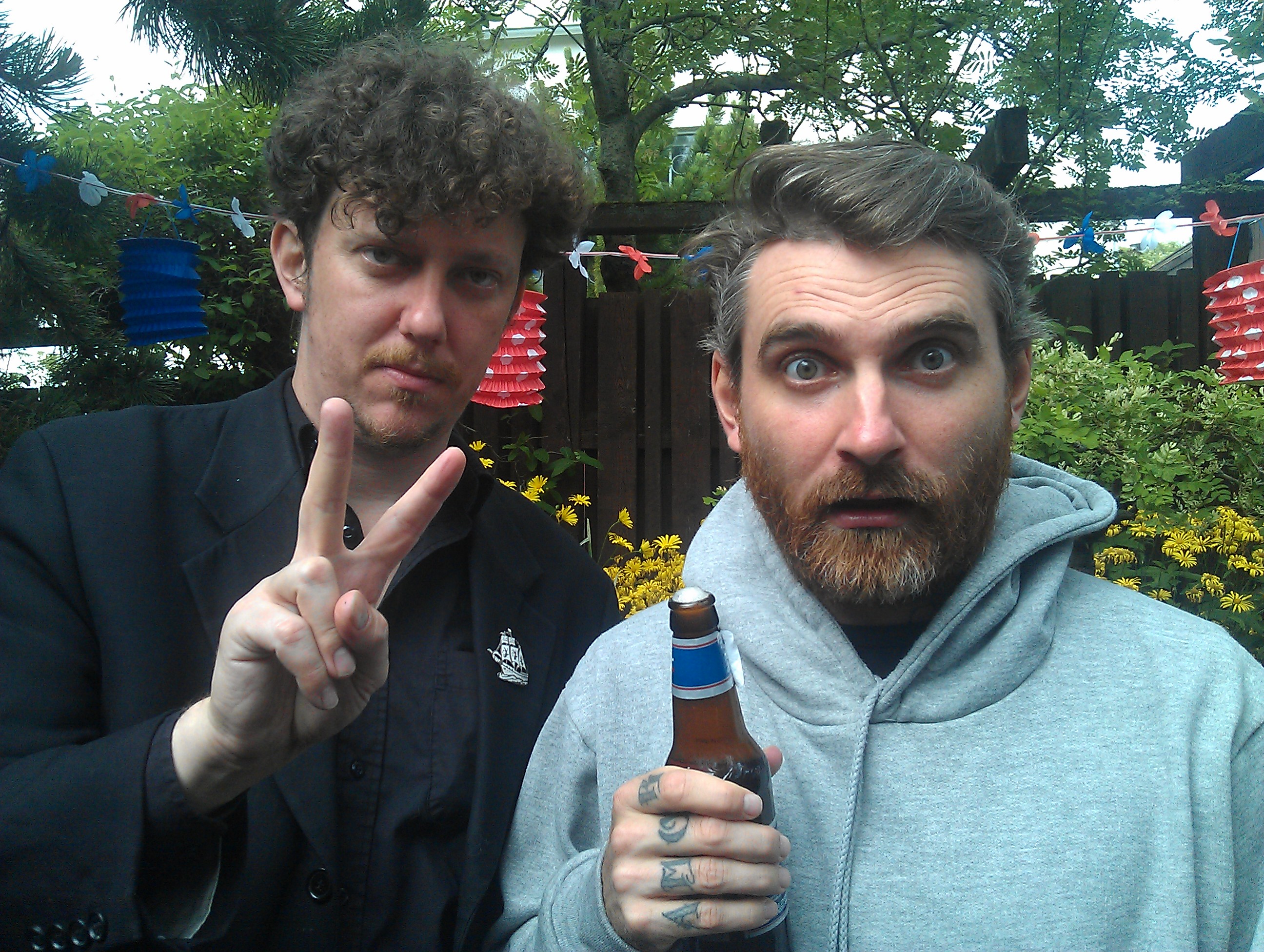 TEE-SHIRTS
I have t-shirts available for sale from Labelstate. There are designs based on the artwork for “The Cat” and the European Vacation EP.  Lots of sizes, good quality, only $25. Bargain. Proudly wear a picture of my cat on your chest! She’d be stoked. 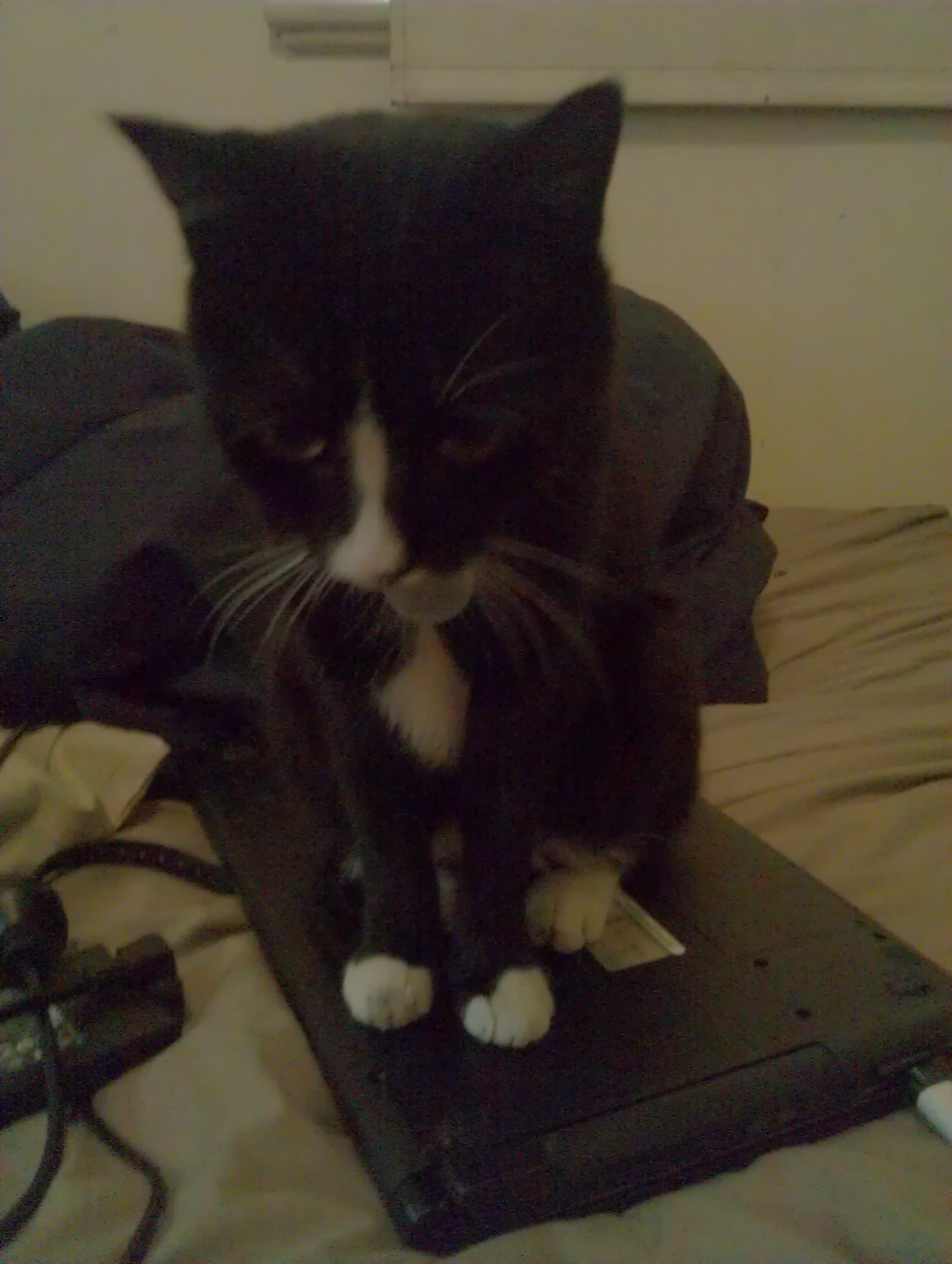 OTHER THINGS
There are no other things. I think that’s enough. Thanks for reading! Oh wait. I added a bunch of people to the mailing list because I felt that, through our relationship, I had tacit approval. I may have been mistaken. If so just bloody unsubscribe, there’s a button. Down there. No questions asked.